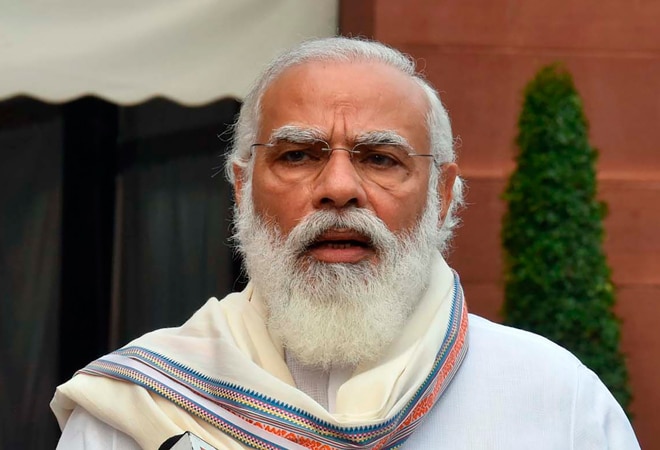 Prime Minister Narendra Modi, interacting with the chief ministers of various states on the COVID-19 situation via virtually on Thursday said, there's no need to worry if cases are rising in different states and that they should focus on testing. The PM's remarks come as a reassurance to the Maharashtra government, which came under pressure ever since there's been an unprecedented rise in coronavirus cases in the state. This has also led to a war of words and blame game between the Centre and state ministers over shortage of vaccines and rise in the number of cases.

"I told you that you shouldn't worry a bit if the number of cases is high. Don't be under any kind of pressure that your performance is bad because your numbers are high. You just focus on testing, I'm telling you even now. There is no reason to think you are doing badly if your numbers are high...There will be more positive cases if you do more testing," he said.

The PM said many states, including Maharashtra, Chhattisgarh, Punjab, Madhya Pradesh and Gujarat, have crossed the peak of the first wave and the infection growth rate is much faster than the earlier. Other states are moving in that direction, which is a serious concern, he said. He also said people have grown more casual now than before, which has led to a sharp rise of the cases.

The Prime Minister said: "We have to keep focussing on 'test, track, treat', appropriate Covid behaviour and Covid management." He said at least 30 contacts of a positive case must be traced, tested and quarantined, preferably in the first 72 hours. The Prime Minister said there should not be any relaxation in efforts due to 'covid fatigue'. The PM said states should ensure 100 per cent vaccination of 45 plus population in the high focus districts. He also called for 'Teeka Utsav' - a vaccination festival between April 11 and April 14.

Also read: Will have to prioritise COVID-19 vaccination as per availability: PM Modi

Maharashtra has logged over 59,907 cases of coronavirus in the past 24 hours, taking its overall tally to 3.17 lakh.

Maharashtra health minister Rajesh Tope on Thursday accused the Centre of giving BJP-ruled states more doses of the two approved COVID-19 vaccines -- Covaxin and Covishield. "Gujarat has a population of 6 crore, they got 1 crore doses. We have a population of 12 crore, we got 1.04 crore doses," said Tope.

After the Maharashtra government's vaccine shortage claims, health minister Dr Harsh Vardhan in a strongly worded statement has slammed "deplorable attempts by some state governments" to distract attention from "their failures and spread panic among the people".

He said Maharashtra has vaccinated only 86 per cent of health workers with first dose so far. The equivalent numbers for Delhi and Punjab are 72 per cent and 64 per cent. On the other hand, 10 andar bahar gamen states/UTs have done more than 90 per cent. He said the state vaccinated just 41 per cent healthcare workers with the second dose; Delhi and Punjab are at 41 per cent and 27 per cent, respectively; and 12 andar bahar gamen states/UTs have vaccinated 60 per cent of them, he said.

On the vaccine shortage claims, Dr Vardhan said this is nothing but an attempt to divert attention from the Maharashtra government's repeated failures to control the spread of the pandemic.

Also read: Scientists demand probe into COVID-19 origins with or without China's involvement